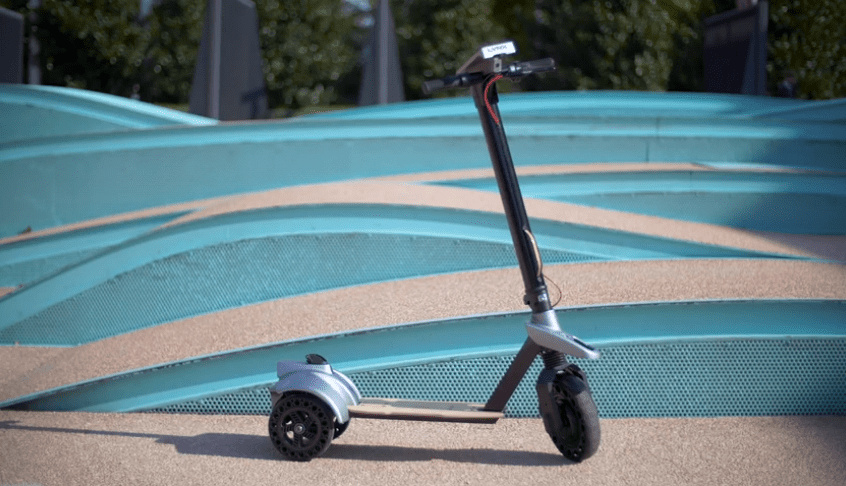 Off to the three-wheeled scooter designed in Turin

A start-up, Totem, with a financial endowment of 1.8 million, which has developed the project for a three-wheeled scooter, completely Made in Italy and equipped with smart devices to ensure more safety. The initiative is supported by the Italian branch of Punch, a Belgian multinational in the automotive sector that took over GM's Research and Development Center in Turin last February.

Lynx is the name of the scooter born from the "White Sheet", a project developed by a team of engineers and designers to create an innovative product on the market because it is safer, more stable and smart, thanks to the Collision alert system: a rear camera that projects directly on the smartphone screen - housed in front of the driver - the images of the rear and an algorithm that uses artificial intelligence activates alerts on the screen and sounds when objects or other vehicles approaching behind, to prevent any risk of impact.

"We wanted to reposition our business by looking at new forms of mobility - says the CEO of Punch Torino Pierpaolo Antonioli - taking advantage of the new opportunities offered by artificial intelligence on which we have worked for a long time and looking at the problems of travel, for example in urban areas , of the last mile. We chose not to take a scooter produced in China with some tweaks in the design but we started from scratch to create a different and innovative model, completely made in Italy ».

The Lynx project was born from the problems and needs of people who move around the city, collected through 656 online surveys and 252 live interviews and passing through 14 different prototypes. Security and Stability are the issues that emerged as one of the priorities for users. Lynx will therefore have three large wheels, instead of two, and a wider platform than the standard with more space for the feet. The scooter will be equipped with direction indicators that can be operated with the thumb, without taking your hand off the handlebar. The navigation system, then, is integrated directly into the phone thanks to an app, to choose routes with, for example, cycle paths or reserved areas. The smartphone, explains Massimiliano Melis, technical manager of the start-up, "becomes the control center of the vehicle". Lynx, which won an international award for its design, will be equipped with an anti-theft system via App to block it in case of anomalous movements reported with a notification on your smartphone. Lynx can be purchased from today on the Indiegogo crowdfunding platform at 539 euros. And Melis explains «the product will go on presale this week with a methodology widely used by start-ups. This is a bet at a difficult time for a product that responds to the characteristics of the circular economy.

We are putting it on sale now but the product will be available next year, we aim to reach 100 units sold in Italy, otherwise we will return the money to those who bought the scooter ". Lynx will only be for sale and not in sharing mode.